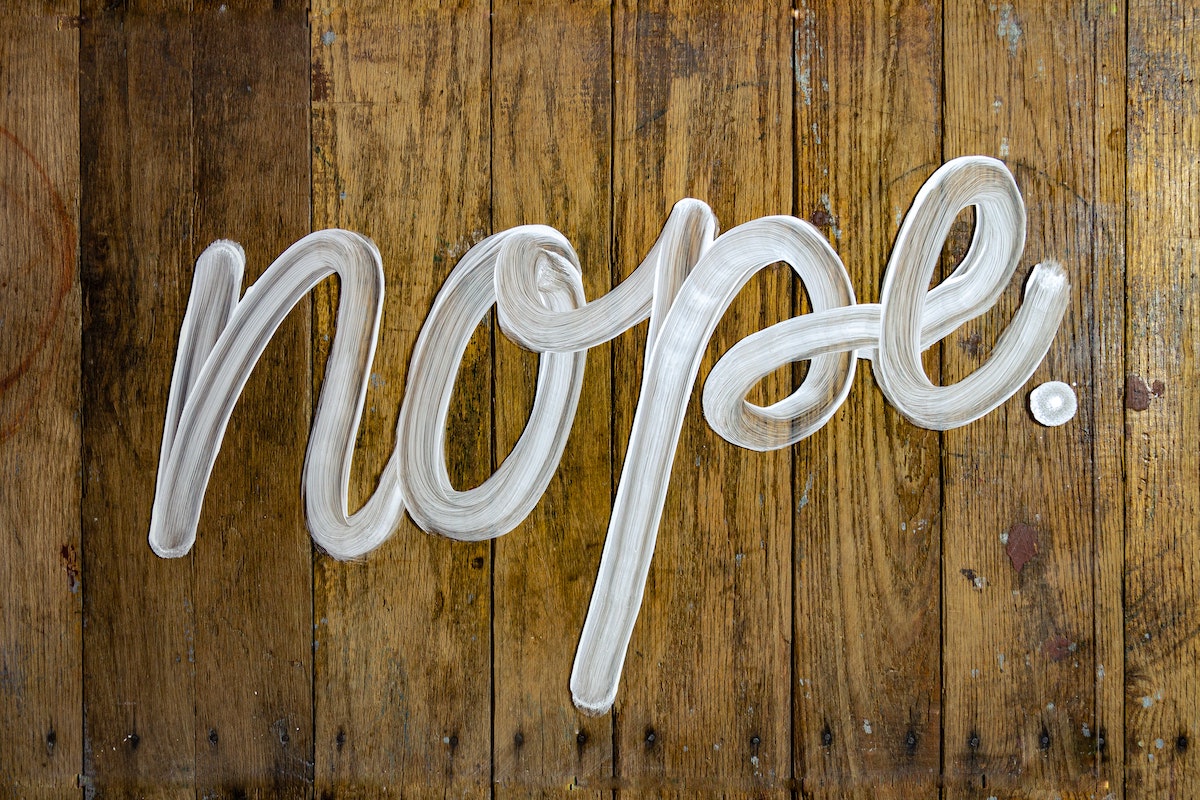 How To Deal With People’s Confusion Between Type 1 And Type 2 Diabetes? 🤯😤😓

Most of the time, when you tell people you have Type 1 Diabetes, they’ll understand diabetes as in « diabetes is growing exponentially throughout the world because of unhealthy lifestyle » -namely, Type 2 Diabetes.

I don’t know about you, but I’m usually happy to get a chance to clarify things.

However, my enthusiasm was seriously challenged as it happened many times over the last 2 years I spent traveling through South-East Asia (it’s literally impossible to do that without meeting tons of people every week).

It started to feel as if I was living with someone who knows what Type 2 Diabetes is and thinks all « diabetes » are the same, but suffers short term memory loss, so no matter how well I explain T1D to him or her, I have to start over every day….or let it be that way.

Except that someone actually is…BILLIONS OF PEOPLE 🤯😱😓

As T1D is a complex condition, it’s fairly hard to explain it quickly and clearly to anyone starting from scratch. How long did it take us to understand it all at the beginning, again? 🤔

On the other hand, T2D is both easier to comprehend and a hottest topic as it accounts for about 90 to 95% of « diabetics » now -about 420M people in the world, compared with « only » 30 to 40M people with T1D. And the gap should even grow bigger with time as there’s way more new T2D than T1D every day.

Type 1 being more and more of a confusing exception, an understandable trend seems to spread. Namely, mainstream medias don’t necessarily mention Type 1 on Type 2, and focus on Type 2…while calling it « diabetes ».

So we’re left with more and more people who sincerely think they know what « diabetes » is. When you tell them you have T1D, they’ll hear « diabetes » and there comes a slew of misconceptions -prejudices about unhealthy lifestyle, us being responsible for what’s happening, and an idea that T1D isn’t such a big deal. If we just take it easy on sugar and junk food and exercise a little, things will get better, right?

I’m not saying that to get compassion, I swear I’m fine 😉, but IT IS a big deal -just saying.

So a confusing name and a complex disease, leading to prejudices that hurt or upset slightly too much to be ignored….

That’s a lot…but let’s try to tackle the three of them.

Let’s start with the issue we have the most immediate power on -how prejudices regarding « diabetes » affect us individually.

I’ll tell you about a self-hack I use that can spare you a lot of stress and arguments.

When you get angry at someone, or are hurt by someone, switch the focus on YOU.

The most meaningful question is not « Why is this so unfair? Why is he/she so selfish/mean/disrespectful…? », but rather « why does this situation and/or person makes ME mad/sad/upset…. »?

Keep on searching….until you find the root of the problem that’s on your side. You’ll know when you find it.

I’ll switch my ego onto mute, grab some humbleness and honesty and give you 2 examples.

Why do I feel sad and bitter that so many people think about T2D when I say T1D?

Because I….would like to let go of some emotions to…feel better I guess? So I…would like the person in front of me to say « I feel you » -and really mean it? But I also know he/she can’t picture how it feels like if he/she doesn’t know what it is like.

So maybe a good question now would be…why do I expect that from someone who doesn’t have a clue about T1D?

Maybe because I didn’t ask myself if I was expecting than from the right person but instead I thought I was suddenly entitled to a sort of universal understanding of my problems?

I think we’ve got the real problem we’re looking for.

That’s 95% of the work done and the fix is crazily easy to find.

Maybe, in such a moment, I could turn to people who can meet that expectation, like my parents, a good friend, or another T1D, instead of lamenting the fact that I can’t do that with anyone? And remember that everybody has issues that only few people can understand?

When I can tell people think something like « Candies, junk food, no sports…you get what you deserve, right? », I usually feel like saying « Hey, you know what? You’re wrong! My mom never gave me junk food, and I was playing tennis, and even when I was a kid, I was responsible, I never was lazy bla bla bla bla »…..

Now why do I see an attack in someone just making assumptions based on what he/she thinks is true? 🤷‍♀️🤷‍♀️🤷‍♀️

Maybe because I…don’t want people to think that of me or my parents?

Ok. And why don’t I want that?

Because I…have some sort of childlike pride about that that doesn’t really make sense now that I think about it? 😤😡

This time, no fix needed, I just had a good laugh at this touching childlike version of myself and…it hasn’t happened to me again.

Try it a few times and you’ll see how most of our weird emotional reactions actually come from the same few roots…and how you’ll stop being negatively affected by little silly details afterwards.

We can’t change the fact that T1D is a complex disease.

But we can change the way we try to make people understand what it is and how different it is from T2D.

As for me, I realized I seriously needed to change my « speech » about it when I noticed several people I spent a while explaining T1D to still didn’t really understand it and wouldn’t be able to explain it to someone else.

So I asked myself what makes certain things easier to understand and remember than others?

See that look? I don’t know what happened, but one thing I know is this guy (Joey) will surely remember it for a while.

The same way, if we could come up with a way to trigger a similar emotion, wouldn’t it catch people’s attention AND hook things into their memory?

« Imagine you see a guy who looks tired and whose body hurt, and assume he partied a little too much the day before, or has just had a tough workout.

Now what if in fact what you see is a guy with multiple sclerosis? Then what you see isn’t a few normal and temporary symptoms of something trivial he did, but some of the symptoms of an auto-immune disease -like T1D- that he’s not responsible for, and that is way less trivial than what you can see.

If this person tells you he has multiple sclerosis, you’ll instantly realize it’s a little more serious than what you thought. But not Type 1 Diabetes. » We have a real problem with this name again 🤨

This one was my idea. My Dad came up with a pretty good one I’ll tell you too.

« When you see a girl who’s overweight, you’ll probably assume she eats too much and doesn’t exercise as you may not know obesity can have hormonal or auto-immune causes, and/or because obesity is mostly due to an unhealthy lifestyle.

But if that person is part of the minority of people who suffer obesity for hormonal or auto-immune causes, then (again) what you see isn’t a consequence of her lifestyle, but some of the manifestations of an auto-immune or hormonal disease -like T1D- that she isn’t responsibility for, and that is way less trivial than what you can see. »

People obviously won’t understand T1D after you say that, but I bet they’ll remember it’s a big mistake to think all « diabetes » are more or less the same thing….and maybe spread the word one day or another.

If you’ve found other tricks to achieve that, share them in the comments or Happy Diabetes Facebook Group!

So far we’ve managed to chill down, found 2 hopefully efficient ways to raise awareness about T1D whenever we get the chance to do so….

you give love diabetes a bad name

Grammatically, type 1 and type 2 are adjectives that qualify the noun diabetes.

As in a blue carpet vs a red carpet. An Android phone vs an iPhone (iOS phone). A Mexican restaurant vs a Japanese restaurant.

Both are a carpet, a phone and a restaurant. They’re just subsets of the same thing.

Rather curiously, the term type 1 diabetes came indirectly from the science of anthropometry.

W.H. Sheldon introduced somatotyping in 1940 in the belief that certain types of disease were associated with certain physical characteristics.

The technique was performed by a trained observer, who scored the physique of subjects using a standard photograph measured against a grid. A physical anthropologist called Dupertuis examined 225 patients with diabetes from a New York clinic.

Having undertaken the study in the belief that diabetes was a single disease, he was puzzled to find that there were two distinct morphological types. He referred to these as group I and group II; group I was further subdivided into IA and IB.

Group IA tended “to possess skeletal linearity and delicacy,” whereas in group IB, “the muscle sculpturing is obscured by the smooth and often slight overlying panniculus of fat”. In other words, the patients in group IA were skinnier.

These observations were taken further by Lister et al., who noted in 1951 that there are “two broad groups of diabetics—the young, thin, non-arteriosclerotic group with normal blood pressure and usually an acute onset to the disease, and the older, obese, arteriosclerotic group with hypertension and usually an insidious onset. […] These types we have provisionally designated type I and type II, respectively.”

These terms, used then as we use them today, were not to be mentioned again until they were reintroduced by Cudworth—who was collaborating with Lister at the time—in 1976.

Almost…the….same? Auto-immune vs lifestyle-caused. Ability to produce insulin? Zero forever vs impaired but recuperable. Likelihood to heal? Zero vs likely. Average age of start? 4 to 14 years-old vs 45 years-old…

When the T1D and T2D appellations were provisionally set in the 50’s, we still had a lot to understand about both.

Then the consensus changed, and went back to T1D and T2D in the middle of the 70s as we still had a lot to understand about both.

… FINALLY give a name to T1D that doesn’t include the word « diabetes » and leaves no room for mistake?

If you have Type 1 Diabetes or are just eager to learn a thing or two about T1D and health,